Ant Reproduction 101 - How Do Ants Reproduce

Ant Reproduction 101 - How Do Ants Reproduce

There are approximately 22,000 ant species in the world. While all of these species have slight differences, they all share the same social organization that keeps their ant colonies thriving.

An ant colony is usually found in an anthill and underground is where a group of tunnels can be found. These tunnels are built by ants and where they live. Since all ants are social insects, the colony is continuously working because all of the ants have their tasks and responsibilities.

Most people have a common idea when it comes to ant reproduction. You might be knowledgeable that ant colonies have their queen ant. 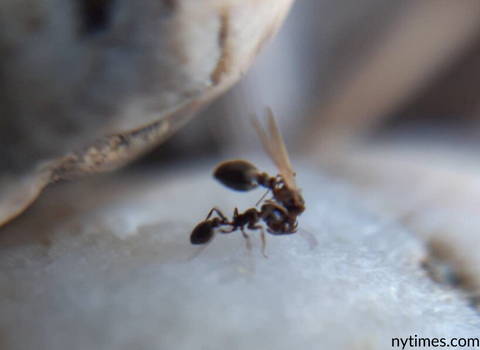 For you to know how to manage an infestation, you must gain a deeper knowledge when it comes to ant reproduction, colonization, and how they spread. This will also help you in choosing the right pest control method that will work for the current infestation in your home.

Three Ways on How Ants Reproduce

There are at least three ways for ants to reproduce. These are the following:

For most ant species, winged males and queen female ants will leave the colony in swarms. The pregnant queen ant will then start a new colony and focus on reproducing. This reproductive behaviour starts with virgin queens leaving their existing nest and swarming for them to search for a mate coming from another ant colony.

The females and males within the swarms are known as alates. Because of their wings, they can easily disperse from their mother colony. This increases the chance of not inbreeding with their relative ants.

There are species with queen ants that can reproduce asexually. Most of the offspring of these queens are female.

When it comes to colony budding, the queen ant walks along with wingless worker ants either for starting a new colony or relocating their colony.

When colonies have multiple queens, the queen ants can still reproduce through colony budding. Ants that reproduce through budding do not join mating swarms. Budding happens when one or more of the fertile queens and worker ants leave the colony they once established and move to a new nest.

In the budded colony, the roles of the workers and the queen will stay the same. The workers will be assisting the entire establishment and taking care of the new budded colony. Some of the most difficult ant species like Argentine ants, ghost ants, Pharaoh ants and some fire ants spread by budding.

One interesting fact about Pharaoh ant workers though is that they can form a budded colony by caring for and developing the queens that were produced from the brood that they brought from their old colony.

For some species, they reproduce and develop their ant colonies with several ant queens that work together. There are times when groups of workers are swarming from a nest with a young queen. The workers will be the ones helping the young queen in establishing her new nest.

When it comes to colonies with several fertile queens, the entire group of ants will be breaking away with their queens for them to establish their colonies. On the other hand, in single queen colonies like fire ant species, the entire colony dies once their queen dies. This is because she will not leave any successors.

Prevent ants from reproducing and get rid of them before they start an infestation in your home. Use the products we recommend below:

Things You Should Know About Ant Reproduction

Unlike most other species and mammals, ants are considered a bit odd because they do not simply have make and female ants who mate with each other.

Only the queens can mate. Other females are considered workers. Most male ants can live for reproduction. Male ants will die as soon as they mate with the queen.

Other fascinating facts about ant reproduction are: 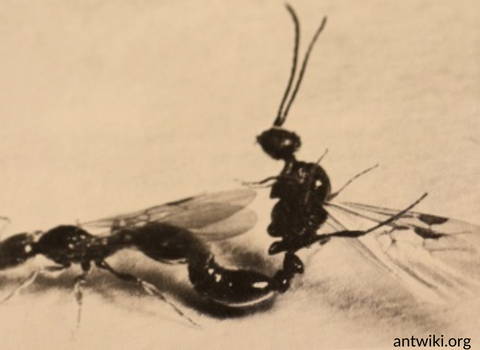 How Fast Do Ants Reproduce: Starting a New Ant Colony

After mating, the queen will never mate again. Instead, she will store the sperm of males in a specialized pouch till she opens it and lets the sperm fertilize the eggs that she produces.

Once mated, the queens and males will lose their wings. The queen will scurry off to search for a new site to start a new ant nest. If the queen survives, she will dig a nest, lay eggs and raises her first batch of brood single-handedly. This will mostly consist of workers. After mating, male ants will isolate and live a short life.

The queen in the nest has control over the gender as well as the function of her offspring. Fertilized eggs can become wingless female workers or virgin queens that are reproductively capable to produce hundreds of thousands of new worker ants or new queens.

It may take about 6 months to a year for a healthy colony to be established. The reproduction process is fast, depending on the weather conditions species of the ants.

Unfertilized eggs develop into winged male ants who will not do any work but fertilize the virgin queen. Myriads of workers are produced by the queen by secreting a certain chemical that retards the growth of the wings and ovary development in female larvae. The virgin queens are only produced when there is a sufficient number of workers that will expand the colony.

How Long Does a Queen Ant Live?

Queen ants lay eggs continuously. For the queen of army ants, it can lay up to about 300,000 eggs in a day. The life cycle of queens differs for every species. Those with more than one queen can live for about 2-20 years while others may not live long, which may also lead to the death of the rest of the colony.

The Role of Worker Ants in Colonies

The workers are responsible for enlarging the nest. They excavate and elaborate the tunnel systems and transport the newly laid eggs into the special hatching chambers. The hatching larvae are cleaned and fed, while pupated larvae in cocoons are continuously protected until all young adults start coming out. These will then turn into worker ants. This is the point where most of the workers are directed only to the expansion of the colony and taking care of the queen.

Depending on the species, it may take about a year or more for an ant colony to become huge enough for the queen to produce virgin queens and males that will be leaving the colony, swarm and start mating. They will then begin a new colony in any location they find. This is a typical process and behaviour in most colonies. 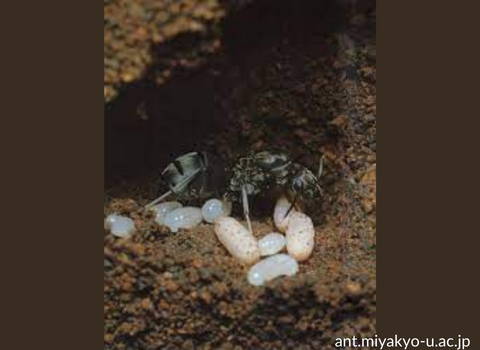