Gophers are known to invade gardens and yards. They feed on ornamental plants, garden crops, shrubs, vines, and trees. One gopher in a yard or garden row can result in considerable damage in a short time. From below, they tend to pull entire plants into their tunnel.

Gophers in snow-covered regions feed on the bark a few feet up trees by burrowing through the snow. This is called girdling. Most of the damages because of girdling are seen on trunks and large roots belowground.

These rodents also gnaw and damage plastic water lines as well as irrigation systems, specifically those used for drip irrigation. Their tunnels divert and carry off the irrigation water that results in soil erosion. Lawns with gopher mounds usually interfere when mowing equipment is used. These mounds also ruin the aesthetics of turfgrass. Thus, the need for gopher traps.

What Is Victor Black Box Gopher Trap and How Does It Work?

Conventional wire claw traps and box traps are no match when it comes to the black box gopher trap. It is an effective method to achieve rodent control without using chemicals or poisons. To locate a tunnel that is used frequently, look for a mound of soil and clear it away. Probe for an opening that is usually a short passage leading down several inches to the main tunnel.

Victor traps are known for their quality and effectiveness in catching pests and one of these pests is gophers. Box traps are believed to be a better choice than other traps when the gopher tunnel is small in diameter. Wire traps will not easily fit if there is a narrow tunnel, though you can always widen it for the trap to fit.

Gophers are always alert when there are sudden changes in the tunnel they made, so this could become a problem when trapping them in the location. Since the box can fit against the soil and the wire cross is laying across the soil. With this, the gopher will only have a little suspicion for changes.

Though you do not need to use bait when using a box gopher or mole trap, there are times when these pests you are trying to catch have a bad attitude and will require you to use some. You will know if you have to use baits if the gopher is filling the box with dirt.

You can use grain, gum, grass, or leaves behind the trip lever to attract them and catch them in the trap. One way of catching them is by adding a few drops of anise oil on the back end of the black box gopher trap.

Once you placed the Victor black box trap at the tunnel, pack the soil on all edges to prevent a large quantity of air and light from passing. The hold in the back of the box trap is the only thing the gopher will sense. This should be enough to draw him into the trap to cover the hole.

Once you catch the gopher, hold the trap over a bag and press down the wires above the gopher trap and shake the gopher out. Make sure you wear gloves when getting rid of the gopher you caught. Fill the hole, replace the sod, rinse the trap, and reuse it for another round of trapping.

How to Set Victor Gopher Trap Near a Gopher Tunnel

The following are simple steps on how to set the black box gopher trap from Victor:
Follow these instructions and be able to catch the luring gophers around your yard and prevent them from causing more damage. 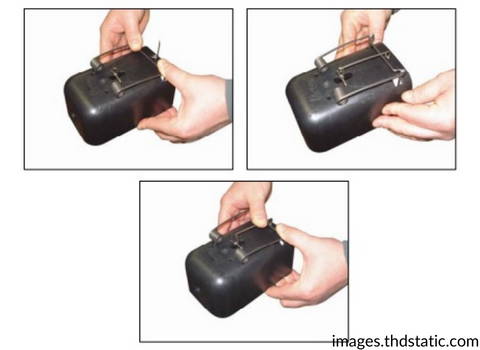 Different Types of Traps You Can Try for Pocket Gophers

These may look like Chinese twister puzzles. These have claws and prongs that squeeze gophers once tripped in the trap.

The Macabee is among the best-known names under this kind of trap. There are already many imitations for this one and most have slight variations. This type of wire trap is designed to close tightly and quickly regardless of the restricted space in a gopher tunnel. 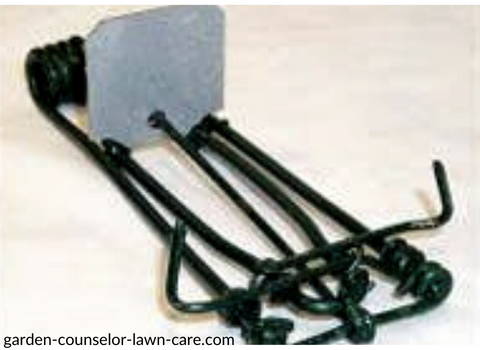 Once the gopher pushes past through the wire claws or prongs, the dirt will push the trip lever and catch the rodent around the chest or neck. The gopher dies either of suffocation or getting stabbed by the claws.

The main problem with this trap is that it is difficult to set and place in the gopher holes. It can be threatening to new users as the traps will release several times before they can be set.

The original version of this is the Red Box Trap that is made of wood. This trap is also used for capturing moles, squirrels, and rats. The one from Victor is a modern replica but is made of quality plastic and works exactly like the original one.

Below is where you can get our recommended gopher box trap:

An adapted version of the trap mentioned above, Black Hole is a plastic cylinder that looks like a gopher tunnel. This one also uses a spring-loaded noose mechanism, but unlike the rigid wire used in an ordinary box trap, this one has a steel cable used as a noose to catch and kill the gopher.

You should use this one just like the box trap, however, this one has a bottom, and the gopher might suspect once he feels something underneath him. What most people do who use this type of trap is by placing some loose soil in the cylinder’s bottom to make it feel and look like the flooring of a tunnel.

The trigger mechanism for this one is similar also to the box and mouse trap. A bar is passing over the spring-loaded trap and is latched to its trip plate.

You might have to make some adjustments on the bar as well as the trip plate to keep the always lined up. This will hold them in place while remaining sensitive and for it to release easily.

Using Gopher Traps to Your Advantage

These traps especially the black box trap from Victor will work effectively when placed in proper locations. Doing this will make a huge difference with the results of your efforts in catching them. Once you get used to it, setting it will become easier and you will eventually get a garden or lawn without gophers. 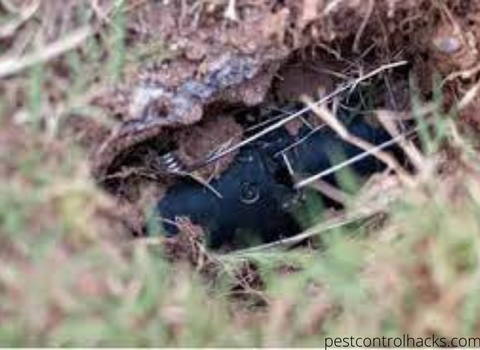