Mice VS Rats: How to Identify Which is Infesting Your Home

Is a rat or mouse responsible for that squeaking and scratching you hear? Before you get a cat or install traps, you need to properly identify your unwanted guests. Although rats and mice are closely related, each of them has behavioural and biological differences. Thus, the extermination method that works for mice may not be effective if applied to rats and vice versa. That is why you should learn how to identify rats and mice. 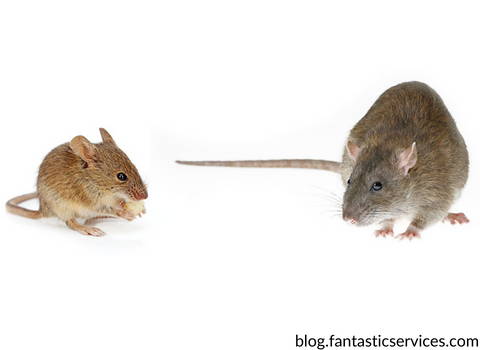 How to Tell the Difference between Mice Droppings and Rat Droppings

Both mice and rats are nocturnal. They feed and forage at night when their predators are occupied or sleep because it is essential for their survival. So, you may not even see them during the day or at night. You are more likely to know their presence by their droppings. So how can you tell the difference between mice and rat droppings and get rid of these pests for good?

Mouse droppings are about ¼” long and one or both ends may be pointed. They can produce around 50 to 70 pellets a day. So, if you see mounds of small pellets with pointed ends, you are dealing with mice.

Rats can produce around 40 to 50 pellets a day. The curved, oblong-shaped pellets are around ½” long and have pointed ends. The pellets are scattered as well. Whatever you are dealing with, keep in mind that mouse and rat droppings have pathogens that could spread to humans. It is important to exercise caution when handling rodent feces.

Major Differences between Rats and Mice

As mentioned, it is important to know the difference between rats and mice. That way, you can place the right traps and get rid of an infestation for good. You can also prevent damage to your home by solving the problem as early as possible.

Rats are cautious and tend to avoid new things until they are used to them. Mice, on the other hand, are extremely curious and will usually inspect anything new. If you are not able to catch anything after setting up a trap, it is probably because the trap is in the wrong place.

Rats and mice may look similar, but they are separate species of rodents. Both may have a brown body, but they have several differences that you should take note of.

So, can you identify mice based on their ears? Yes, you can. Mice have large, floppy ears and hairy tails. Although both have large ears, rats have larger ears than mice. Moreover, rat tails are usually scaly and hairless. These are differences between rat and mouse ears and tails.

Roof rats (Rattus rattus), house mice (Mus musculus) and Norway rats (Rattus norvegicus) belong to the Muridae family, the largest mammal and rodent family in the world. Roof rats have a slender and light body size, hairless large ears and pointed snout. They have a gray body with a smooth coat, black shading, and a dark, thin tail. Adult rats weigh around 200 grams or seven ounces. They have spindle-shaped droppings. 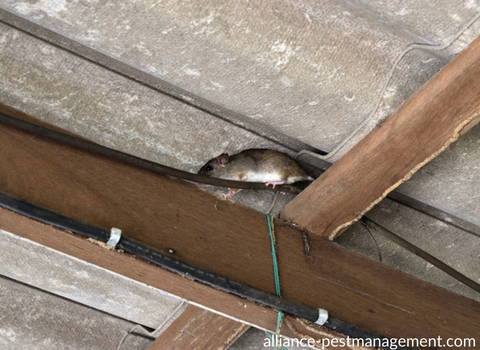 House mouse, on the other hand, has a pointed snout, dark hairy tails, small feet, and a small head. Their large ears have some hair as well. Their body is light brown with gray shading. If you are wondering about adult weight mice, it is about 15 grams or 0.5 ounces. This rodent species has rod-shaped droppings.

Norway rats have a blunt snout, thick and heavy brown body with a shaggy coat and black shading. Their short ears have dark hair as well. The tail of Norway rats is pale underneath and dark on top. Adult Norway rats weigh around 300 grams or 11 ounces. These rodents have capsule-shaped droppings.

Mice tend to eat anything, but they prefer plants and cereal grains. They will build their nesting areas in a hidden spot near their food source. Mice prefer soft materials to build their nest. A female mouse can produce 10 litters in one year.

Since each litter has five to six baby mice, they can produce a pup to five dozen offspring in a year. And those offspring can start to reproduce within six weeks. They live for about nine to 12 months. Most breeding mice reach sexual maturity at four to seven weeks of age.

They are nocturnal and do not like bright lights. However, they will come out if their nests are disturbed. They will sometimes forage during the day to look for food. Due to their small size, mice can slip through ¼” gaps and holes. They can be found outdoors and indoors, including rural areas and cities. 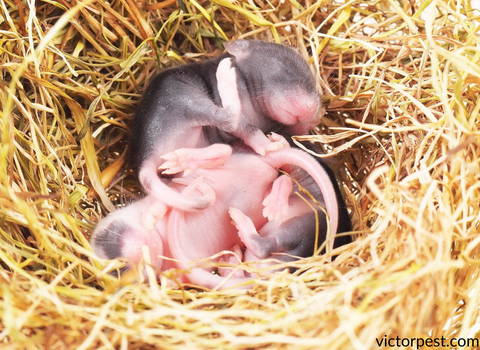 Rats tend to meat and fresh grain, but they can eat anything. These rodents need an ounce of fluid every day. And if they cannot get this amount in what they eat, they need to drink water. Rats will dig under debris, plants, and buildings and along fences. A roof rat builds nests in trees, walls, and attics, while Norway rats usually live in burrows. 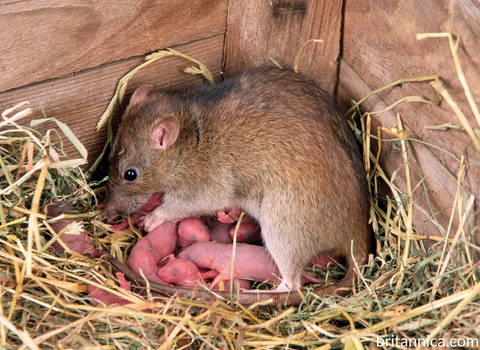 Rats will avoid new objects in their path and stay within 300’ of their burrow or nest. Rats are nocturnal and have poor eyesight, but their sense of hearing, smell and taste are keen. Compared to mice, these rodents have larger feet and heads. Rats have coarse fur, and they are larger than mice.

Norway rats are also known as a sewer or street rats. They have coarse brown fur, little ears and black hairs scattered throughout their coat. Although they are colorblind and have poor vision, their other senses such as their taste, smell, hearing, and touch are keen. 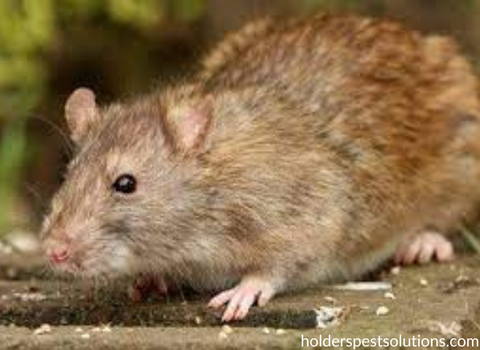 Their underside has an off-white or gray colouring and yellow tones. They are not very agile, but they can swim, run, jump, and climb. Norway rats can damage structures and properties through their gnawing. They have small ears and eyes and short tails. Their tail is shorter than their head and body length combined.

The most common signs of an infestation are gnawed marks throughout your house. Old holes or bite marks tend to be greasy and smooth, while new ones are rough. Capsule-shaped droppings are another indicator of a rodent infestation.

Norway rat feces have blunt ends, while root rat droppings have pointed ends. If you find footprints, dark and greasy rub marks from greasy fur against burrows and pathways and damaged food products, it is another sign that you have a Norway rat infestation. 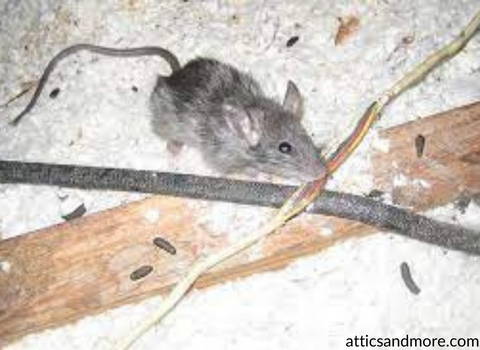 Both mice and rats can cause extensive damage to your home. These rodents can gnaw on wires and structures in your home. Rats have stronger teeth than mice and they can gnaw through different building materials such as sheet metal, wood, aluminum, glass and even cinder blocks.

Since mice are weaker than rats, they cannot contaminate your food if it is safely stored in metal or glass containers. But you cannot say the same thing when you are dealing with rats, especially if they have invaded the walls of your home.

That is why it is important to contact the local branch of a pest control company to deal with the problem for you. They know the best pest control method that can solve your rodent problem.

You can also resort to the use of rat or mouse traps. Some products we recommend are: