Most Common Pests of Trees in Ontario

Most Common Pests of Trees in Ontario

With so many species of trees, there are a lot of pests that can affect them. The most common tree pest in Ontario includes emerald ash borer, eastern tent caterpillar, beetles such as the Dutch elm disease beetle and European gypsy moth, fungi such as tar spot or silver leaf fungus, fungal diseases such as black knot or red band needle blight, and common forest pests such as the mountain pine beetle. 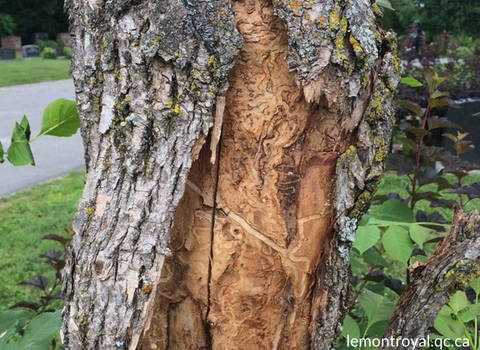 What are Common Tree Pests You Should Look Out for?

The common tree pests in Ontario can be divided into three categories: insects, diseases, and other factors.

Insects that Affect Trees in Ontario

This is a common insect that causes damage to ash trees. It is an invasive species, and the common emerald ash tree can easily spread this pest to other trees.

This insect has been found in Ontario, Quebec, and New York State since 2002. Since then, it has continued to move into new provinces such as Manitoba, Saskatchewan, or Alberta by accidentally moving via firewood that was infested with emerald ash borers from affected areas.

Eastern tent caterpillars eat leaves on the tree, causing them to turn brown and dry out. They also create silk nests around the trunk of the tree which can lead to rotting branches or trunk death.

Insects such as this one can affect a variety of tree types, including ash, poplar, and fruit-bearing trees. These are common when the weather is hot and humid allowing them to breed quickly. They tend to stay in large groups which makes their nests easy targets for insecticides or manual removal by hand or pruning shears.

This affects elms and eats away at leaves from underneath causing brown spots on the top surface that eventually turn into holes upon further damage. This affects both branches and trunks but particularly weakens the vascular system leading to branch dieback and trunk death over time if not properly treated. 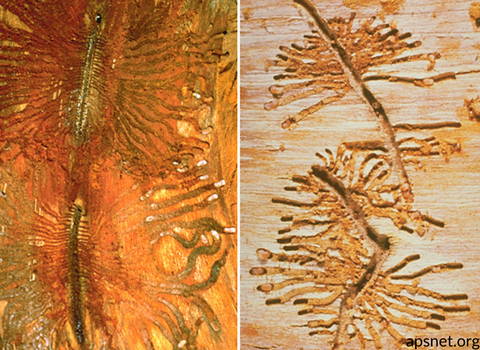 This is commonly infesting birch trees in Ontario. It is an insect that can cause damage to tree leaves and branches. They eat away at the bark, which leads to branch death or rotting if left untreated over time.

This pest is commonly affecting oak trees. The first symptoms of this pest include defoliation and dead branches that eventually lead to tree mortality.

They lay eggs on trees, which hatch into larvae that eat the leaves. This can cause severe damage in forests where many oak trees are located close together as they will all be affected by this insect at once if not treated properly or soon enough.

This is a common fungal disease that infects maple leaves with red bands on the edges of them.

Tar spot is a fungal disease that is common in silver maple trees. Silver maples are very common throughout Ontario, but they are susceptible to tar spot fungus which causes brown spots on leaves that become quilted together by the end of summer.

The disease does not lead to lasting effects for most healthy silver maples other than aesthetic issues- it can make them look “dirty” and infected leaves turn yellow and eventually, the tree will drop its foliage for winter. 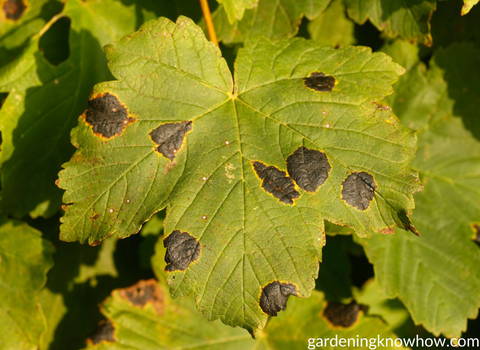 These are found under bark and cause sunken galleries that fill with fungus or mould spores around them. These are spore-producing fruiting bodies that grow bark scales that appear dark brown to black with a velvety texture ("Gnomonia" spp.)

This infects members of the genus "Prunus", including many common species like plums, cherries, peaches, and apricots (but not almonds). It appears as black swellings or knobs under the bark where branches meet twigs or larger limbs.

These knobs can grow to be about the size of a marble or larger, and they often resemble common knots that develop on woody plants over time from breaks in branches.

They are not common on trees with smooth bark like maples, but they do affect most other common species of trees found throughout Ontario including ash, birch, mulberry, and willow.

This is also a spore-producing fruiting body that appears as bright orange, gelatinous masses on the undersides of leaves or fruit during wet weather in late spring to summer ("Gymnosporangium juniperi-virginianae").

Other Factors Affecting Trees in Ontario

Environmental factors can also affect common pests such as insects and fungi affecting trees in Ontario.

Insects affected by environmental factors include leaf margins turning yellow (due to lack of sunlight) and early summer growth loss after an extremely hot spring season during dormancy. 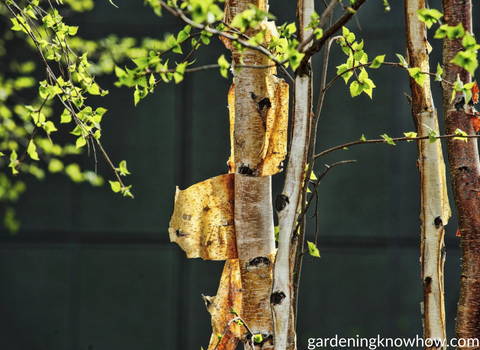 Species of Trees Affected by Pests of Trees in Ontario

There are common pests that affect specific species of trees.

The common pests affecting other tree species like maple-basswood forests may be the Eastern tent caterpillar.

This type of tree is affected by Asian longhorn beetles.

The branches of these trees are attacked by the Gypsy moth or LDD moth. Ldd moth or European gypsy moth can cause twig dieback if the infection is severe enough to kill many infected branches throughout the crown of the entire tree. 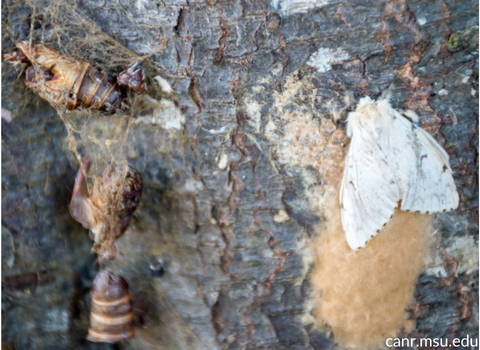 With the scientific name "Acer platanoides", Norway maple is infested by various common tree pests. The silver maple decline syndrome has been affecting Norway and sugar maples throughout the province, but this disease does not kill all affected trees.

How to Handle Pest Infestation in Trees

You must use products that target the type of pests present in your trees. Make sure to read the labels and the products are formulated to be safe around children, pets, environment, and other beneficial insects.

If the infestation is uncontrollable, you can contact an arborist to learn how to properly take care of your trees and maintain their healthy state. Also, you can call for pest control professionals when the problem is getting worse. 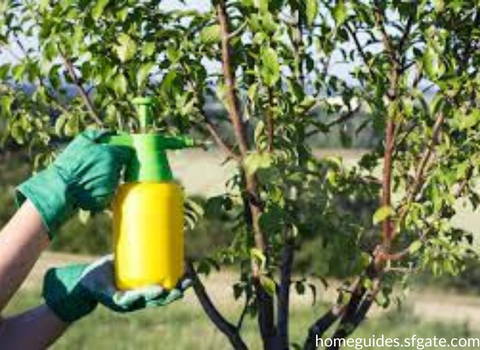 For a quick go-to solution in getting rid of pests infesting your trees, we recommend the following products: