You do not want to find a tick on yourself or your pets. There are over 850 known species of ticks and 90 of which can be found in the U.S. Ticks are small insects that are usually found in brushy or wooded areas. They may also hide in areas with tall grasses or weeds while waiting for an animal, including people, to pass them.

They are oval and flat, but they will become engorged once they have had their blood meal. Tick larvae have 6 legs, while nymphs and adults have 8 legs. Ticks can be yellowish, grayish-white, reddish-brown, brown, or black depending on the species.

What does a burrowed tick look like? Ticks burrow partially into the skin to draw blood.

The mouth of the feeding tick will be under your skin, but its back parts will remain visible. When it is full of blood, it will become engorged. An engorged tick is typically blue-grey.

Since ticks like warm, humid areas, they are likely to hide in your hair, armpits, or groin. Ticks usually remain attached to the body after biting their host. So, if you have been bitten by a tick, you will know because you will find a tick on your body. After 10 days of feeding on the host, the tick will fall off.

There are different species of ticks. One of the most common species is the American dog tick, a well-known vector of Rocky Mountain Spotted Fever. These ticks can be found in North America and feed on dogs.

The brown dog tick resembles the American dog tick due to their preferred host. As the name suggests, it is brown and prefers dogs, but it will also feed on humans if there is no canine host.

The black-legged tick is another common species of tick, which is known for its dark legs. It is also called deer tick as it usually feeds on Virginia or white-tailed deer.

This species of tick is found throughout the northcentral and southeastern United States as well as mid-and northeastern Atlantic. It is a well-known vector of Powassan encephalitis, anaplasmosis, Lyme disease, and human babesiosis.

The lone star tick, on the other hand, is found in the southeastern and eastern United States. Female lone star ticks have a single spot on their back. These ticks prefer humans as their hosts.

How to Identify a Tick Bite

It is easy to identify a tick bite because ticks can remain attached to the bite area for 10 days. Most bites will not cause any physical symptoms. Tick bites are usually singular because they do not bite in lines or groups.

Some people show allergic reactions to tick bites such as a burning sensation, swelling or pain at the bite area, difficulty breathing, blisters, or rash. Some types of ticks, however, transmit diseases. Possible signs of tick-borne illness include:

Seek medical help immediately if you have been bitten by a tick. 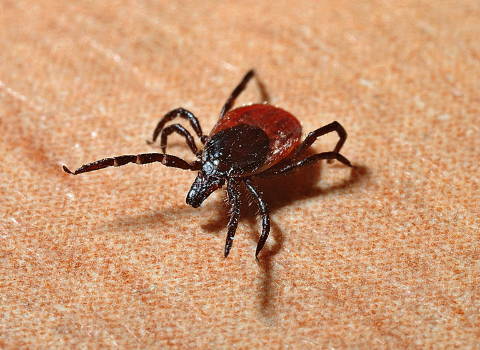 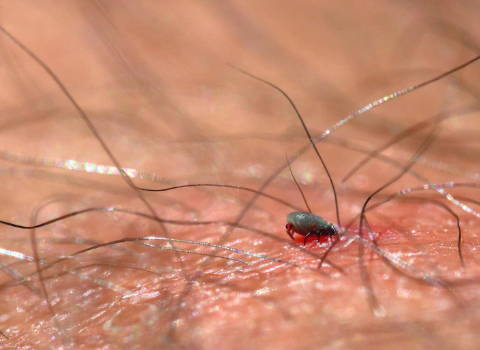 The first thing that you need to do when you are bitten by a tick is to get rid of it.

You should see a doctor as soon as possible so that you can discuss your risks. It is also a good idea to find more information about ticks and the diseases they cause as well as their symptoms.

Check your skin after being in a tick-prone area especially between legs, in hair, behind areas, underarms, and behind knees.

Some products we recommend to to repel ticks are: